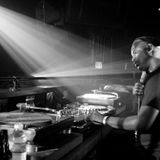 SEARCHING FOR THE PERFECT BEAT 05/10/21
by Mark BleeReposted

It would take a couple of pages to cover Elbert Phillips’ accomplishments and his devotion to the DJ craft.
He came of age on the burgeoning Chicago House Music scene in the 1980s.From humble beginnings, Elbert would blaze a trail, his DJing taking him from Chicago (Sound Bar, Sonotheque, Zentra, Transit) to New York (Bang The Party Brooklyn/Manhattan, 2i’s, Glass) and then the world (the Monkey Club in Paris and countless others).
After being chosen to play at a birthday party for Frankie Knuckles in 2002, Elbert would be given the honored privilege to open for Frankie at public and private gigs over the next four years.

Recently, Elbert has been working on studio production, resulting in the release of his reworking of Rufuss’ “Higher Together” (DJ Elbert’s Dancefloor Redux) featured on Qalomota’s Classics Remixed. Elbert was also a contributing editor for 5 Magazine Chicago, a monthly publication that covers local, and international house music culture.