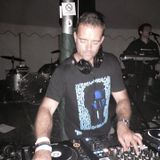 www.edmahonmusic.com
Since the early 90s Blackpool-based Ed Mahon has been bringing house music (in all its various sub genres) to dance floors from Ibiza to South Africa, and all over the UK.
As the co-founder of Cowbell Radio the last few years have seen him branch out into presenting, promoting and producing.
However it is as a DJ that Ed is rightly recognised…a resident at the infamous Cowbell club nights and Alfresco festivals, Ed has also established himself as a regular on the bill at other festivals such as Beatherder, where he has played for years and often has several sets ranging from disco to balearic to acid chuggers to straight up house bangers!
If you fancy listening to him spout unbridled love and knowledge of all things house (and he can spout when it comes to house) whilst dropping promos galore, then check out the Cowbell Mixcloud page: https://www.mixcloud.com/CowbellsEdandChinnyOntWireless/
For productions check: https://soundcloud.com/edmahon