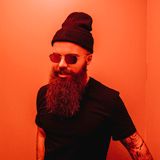 Never miss another
show from Will Clarke

Edible Beats #173 guest mix from Will Clarke
by Eats EverythingReposted

What’s more iconic, the beard or the big bass lines?
Armed with diversity matched with precision, Will Clarke is a force to be reckoned with. Solidifying his place in dance music years ago with hits like “Booty Percolatin’” and his collaboration with BOT on “Techno (Not Techno)” he’s since gained fans from the likes of Adam Beyer, Carl Cox, Jamie Jones, Shiba San and Dirtybird label head Claude VonStroke among countless others. Leaving a strong 2018 behind him, and entering a new year with an arsenal of new music locked and ready to be released on Truesoul, Relief Records, Dirtybird, and Octopus Recordings all while being accompanied by the launching of a live side project known to the world as AMOK.
He doesn’t stop there, hitting #1 twice on Billboard’s Dance charts with his remixes of Rock Legends, U2 and Pop’s Princess, Rihanna paired with his current remix of Rüfüs Du Sol’s latest hit “No Place” proves his talent has no limits.
Step outside the studio and you’ll find Will Clark