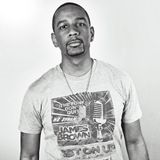 Never miss another
show from djthirtytwo

A DC native, DJ Thirtytwo began his career in 2005 spinning for many colleges on the East Coast before moving to Los Angeles in 2008. Soon after his move to the West Coast, Thirtytwo started DJ’ing at popular clubs in Hollywood and landed at job at one of Los Angeles’s top hip hop radio stations – Power 106. Thirtytwo has since been commissioned to DJ for the U.S. Army and the USO.

He has opened shows for the hottest DJ’s not just in Southern California, but internationally as well. Thirtytwo has carved his own niche during his years of experience creating a special atmosphere for his fans. Without a doubt, his forte is performing live enabling him to feed off the crowd’s energy and thrive. DJ Thirtytwo is taking names, breaking ground and shattering expectations.