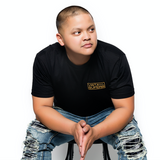 Never miss another
show from djpjay

As a host/DJ of the popular daily radio mix show, #PowerWorkoutMix at 12pm PST on LA's #1 hit station, Power 106 FM, LA born & raised P-Jay now holds down residencies in LA & Las Vegas as well as traveling within the U.S. & internationally. On top of providing sounds for Hollywood events for A-List celebrities, such as, Jennifer Aniston & TV Guide Magazine's Hot List Party, he has also opened up for Chris Brown, performed alongside the legendary, Nas, & also created the soundtrack to NBA's Kobe Bryant, Shaquille O' Neal, Chris Paul, Jimmy Butler & NFL’s Richard Sherman to name a few. If not in a club or hopping on a flight, you can find P-Jay in the studio producing remixes under his other alias, "VISTA SUPERB" where he has worked on tracks such as Calvin Harris' "How Deep Is Your Love" & Kaskade's "Disarm You" on top of releasing Hip-Hop, EDM, & Top 40 mixes for his loyal following.