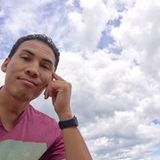 Today, there are a million aspiring DJ's. Being amongst the best is what was key for DJ Redline. The determination to become the best was always the motivating force for DJ Redline.  Once he found an interest in something, he didn't want to just do right, he wanted to do it to in a fashion, where he made a signature mark.  Music has always been a major influence in his life.  He just didn't know it would be regularly involved in the music business.  "I was always impressed by the art of music in which it makes people feel some kind of emotion" he says.  As a child his creative mind and raw talent led him to develop his own mixes using tapes and tape decks.  Redline impressed his classmates and friends with his musical prowess.  With humor, noted his high school book the "What If" section remarked "What if "he" didn't bring his boom box to the school cafeteria everyday?"  With a major influence of hip hop, production seem to be a pathway for Redline.  Especially, being introduced (fro