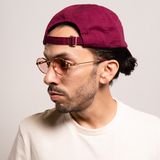 Controlling 20,000+ concertgoers and having them hanging on your every move is just another day in the life for Jonathan Garcia, known to most as DJ Obscene. Growing up in one of the biggest cultural melting pots in the U.S., this Miami native has been making his mark on the industry from a young age, playing an instrumental role in the early careers of superstars like Pitbull, Flo Rida and Rick Ross in the mid 2000’s. His ability to bridge the gap between all genres of music and know exactly what a given crowd wants, has allowed Obscene to travel the world countless times, having played in over 70 cities spanning 10 different countries since 2012. He has remixed records for the likes of Janet Jackson, Diplo & Nicky Jam and has played alongside stars such as Calvin Harris & Steve Aoki in some of the biggest clubs in the U.S. In 2022, he currently holds residencies at E11EVEN & DAER Dayclub+Nightclub in South FL.