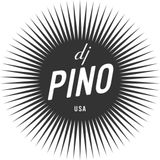 Never miss another
show from djpino

Since 1995, DJ Pino aka "The Funky Filipino" has been packing the dance-floors with his exclusive releases and has been creating a major impact in the nightlife/club circuit for more than the past two decades. Influenced by the sounds of Detroit Techno, Miami Bass, and Chicago House. This multi-talented dj/producer, has become one of the nations most promising acts to look out for. Over the past decade he has shared the stage with some major acts in the industry and was featured as the main headliner in several events held around the world in cities such as: France, Ibiza, Osaka, Tokyo, Shanghai, Toronto, London, Rome, and several cities throughout the United States. He considers himself as an Aficionado of House & Ghettotech. He performes Live as a House or Ghettotech DJ, but has often been seen throw something wild and unexpected into the mix! Lately, DJ Pino has been keeping things subtle by producing for other artists and making remixes with his versatile talent.