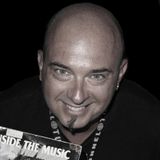 DJ / Producer Played instrument : Keyboards Music style : Techno - Trance - Techouse - Progressive He began as a deejay from the age of 18 with working in various discotheques in the Bologna province. In 1992 he worked in the ' Cellophane' of Rimini and in other discotheques of tendency... Matis, Ecu, Gheodrome, Menhir. He was introduced on Radio Italia Network in the program ' Masterquick'. Affected by the new Techno-Progressive sound in 1992 he decided to produce his first single ' On High' by The Kingdom of Heaven Feat. Dj Panda. The next single became ' The Light' by Universe of the melody Feat. Dj Panda, which was also licensed to many compilations abroad. In October 1994 he is featured in ' It' s a Dream' by World Inside The Music Feat. Dj Panda. The reactions wasn’t big as expected but then... out of suddenly the track got massive airplay rotation in many foreign countries. It arrived on the seventh place in the Spanish sales chart, and on the 21th position of the German chart.