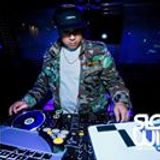 Twenty years ago, DJ J-Class set a goal and decided he was going to play music for the masses. He saved up his money, split a set of turntables with a friend, and started his journey. Starting in a time where vinyl ruled, mixtapes were actually on tapes, and the internet was just an idea that nobody believed, the feat of a young DJ was not an easy one.

DJ J-Class has truly built a monumental career. He’s had the opportunity to play alongside some of the best, including Tony Touch, DJ Scratch from EPMD, Starting from Scratch, Young Jeezy’s DJ - Baby Yu and many more. His mixtapes have caught the attention of Ghostface Killah and Wu Tang Corp, his radio appearances on 93.7 WBLK, 89.5 CIUT & 105.5 CHRY have been highly regarded and his recurring parties remain a staple in Toronto’s nightlife. Most importantly, he’s been able to give the city countless nights of good music + good people.