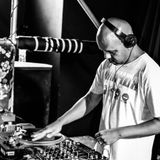 30 Minutes Of Samples
by DJ Jaffa

All 45 Vinyl Disco-Boogie-Funk
by DJ Jaffa

Support DJ Jaffa by subscribing directly to this channel and get access to exclusive rewards.

I started DJing in 1985, since then I have played every major festival in the UK. I've played in Germany,Spain,Belgium,Hong Kong, China and production work in New york. I've played alongside and suported artists such as- Afrika Bambaataa, Kool Herc, Grandmaster Flash, Grandwizard Theodore, Cash Money, Snoop Dogg, The Jungle Brothers, Kool Keith, Masta Ace, Biz Markie, Ugly Duckling, Blade, Blak Twang, Public Enemy, A Skills, Dj Yoda, Ghostface Killah and the list goes on and on and on. http://facebook.com/DJJAFFA / Twitter - http://twitter.com/djjaffa Email - djjaffa2@gmail.com
If you like my mixes, come like me on Facebook- https://www.facebook.com/pages/DJ-Jaffa/163382567114877