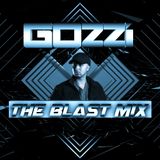 Never miss another
show from GOZZI

Support GOZZI by subscribing directly to this channel and get access to exclusive rewards.

New York City native, Gozzi, is a versatile percussionist and an award winning producer, DJ and remixer. Regarded as a dynamic musical entrepreneur, he has worked with some of the industry’s most innovative artists and producers. Gozzi’s love for music began to develop from the early age of 6, when he received his first drum set from his father. According to Gozzi, “my drum instructors always pushed me to do better and helped me realize my potential was greater than I believed. Gozzi works with Hollywood Hamilton on the Remix Top 30 for “The Beat of New York,” 103.5 FM WKTU, as well as garnering radio mix show credentials that include Long Island’s Party 105.3 FM, California's own Rhythm 105.9 FM, Miami's Hit Music Station Y100, West Palm Beach’s Power 107.4 FM, Chicago’s Dance Factory, Mix93FM, Miami Mike Radio, Vizion Mixshow and Dash Radio. Devoted to his family, music, and fans, DJ Gozzi continues to pin the map with music that continues to captivate audiences worldwide.