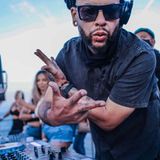 Never miss another
show from djfriskoeddy

DJ Frisko Eddy has emerged as one of the most consistent DJs in the Bay Area. His distinct style of scratching, live remixing and blending of party anthems, spans every genre from Run Dmc, AC/DC, Daft Punk, to Celia Cruz. He has performed at almost every club in the Bay Area and across California.

Dj Frisko Eddy currently produces remixes that reaches 185,000+ Listeners weekly and countless distributed throughout the US and Laitn America's. Originally from San Francisco, he mixes 5 days a week on air across the bay area on several latin radio stations. Dj Frisko Eddy has also reached plenty of ears through SoundCloud, and MixCloud where he has over thousands plays of his exclusive remixes and live mixes.