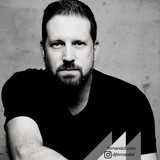 Since 1986 Dj Fernando F has positioned himself in the Atlanta market as the leading dj/producer of quality Latin & International entertainment. A native of Puerto Rico, Fernando began his career with CNN en Español in late 1992 as a senior video editor and was instrumental in the coverage of the 1996 Olympics. In 1994 he decided to embark on his own by creating PR Productions Services a Latin & International Entertainment Company which over the years has set the standard of quality and introducing fresh concepts for the Atlanta Market. Today PRProductions.net is responsible for introducing Top Latin and International music events in Atlanta and the Southeast. Fernando has managed and coordinated concert events in critically acclaimed venues such as Chastain Park, The Tabernacle, Roxy Theater & Philips Arena and brought to Atlanta top performers such as El Gran Combo, Marc Anthony, Ruben Blades, Alejandro Fernandez, Shakira, Ricky Martin and Gilberto Santa Rosa to mention a few.