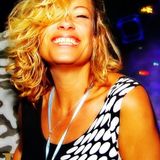 Playing worldwide for 21 years Eve Carey is considered one of the top female DJ's. She has a reputation and technical ability that rivals any DJ in her class.

Eve is has worked on tour for Ministry of Sound & is signed exclusively to Pacha Agency – Brazil. She is sponsored by UMM clothes & FLY53.

Since 2012 she has been working all over India for Events inc. Submerge, Sunburn after party, Adidas, Mercedes, on Tour for Kingfisher and Red Bull, Banglore Fashion week after party's, Silent Noise Goa, Is resident at leopard Valley Goa, MTV and many many more!!

In Brazil she made a name for herself playing at "HMF" Brazil alongside Tiesto, Eddie Haliwell & Tocadico to 25,000 people! She regularly plays on tour all over Brazil inc. events for Pacha, Pacha Fetish Party, the famous Kiss & Fly VIP Club and many many more!

With the looks of a cover girl and the skills to rock any dance floor, this girl is an asset to any party!