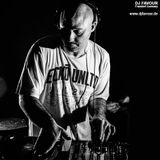 He says enthusiastically about his passion for music:
"I have never interested for just one style of music, it has to touch me, I know that it also affects others."

His varied and authentic style sets him apart from other DJs. His sound goes directly into the ear, and into the feed. His extreme dance compatible sets keeping the balance between the latest club sounds up to unforgettable classics.

Over twenty years of DJ Favour at the turntables. His great career began in 1997 with the victory at a big Dj Contest in Hessen/Germany at the Club Paramount Park (Rödermark) and a two-year contract as a resident DJ in the Club. In 2001, the start of the Party Agency "Nightpool" was aware of him, it all started continues its course.

He play also at the after show parties for Usher, Ginuwine, TQ, the MTV Music Awards in Frankfurt and in many clubs of the Rhein Main Area etc