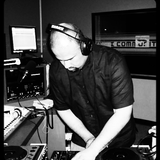 Support Dj Do-Dat by subscribing directly to this channel and get access to exclusive rewards.

"You're in the mix...with DJ Do-Dat." DJ Do-Dat is considered to be an influential part of the Chicago New Wave scene of the 1990's. Producer of 15 Mix CDs, including the well-known "Red Tape," he has mixed everything from Alternative to Pop Rock en Espanol to Classics. He has performed at multiple venues throughout the city including House of Blues, 720s, Convent, Tropicana, Palladium, and has made guest appearances on radio stations 90.5 FM WCYC and WOJO 105.1 FM. Do-Dat's name has become synonymous with Alternative Music. Through his Mix Cds and performances he has inspired and motivated many DJs with his unique and eclectic style and has been a part of many great memories for party-goers all over Chicago.