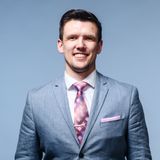 DJ CoolHand is a New York City DJ and producer. Born and raised in Oakland, California, the home of diverse sets, smooth fades and crisp cuts.

CoolHand started by lugging turntables, digging for vinyl and collecting old crates of music at local radio stations. By his senior year of high school, CoolHand was performing regularly at nightclubs throughout the San Francisco Bay Area.

CoolHand moved to New Orleans in 2009. From there, his career took off as he spun at venues like The Boot, Jax Brewery and The Willow.

CoolHand has opened for artists including G-Eazy, Young Money, Wu-Tang, and Miguel. He has also had the opportunity to tour the United States, playing at festivals like SXSW and A3C.