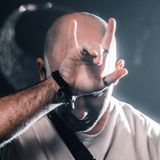 Chris Lawyer's success story is like a real Hollywood screenplay.
Everything started at the beginning of 2007 with the Chris Lawyer & Thomy project. Since then the young DJ and Producer has proved that you don't have to go to the United States to fulfill the "American Dream". His first track "We Gonna Feel It" became such a success that it made him famous all over Europe. The song landed on top of the radio charts across Europe (Turkey, Greece, Macedonia, Romania, Italy, Hungary), became a huge success on 2007’s Miami WMC, and was played by such big names like 'The S-Man' Roger Sanchez, Bob Sinclair or David Vendetta. Although it was his first release it reached Beatport Top 100 House Chart. So did his next hit "Shine On Me" and took position 18 on the chart list.
"We Gonna Feel It" is still successful. 2008 Consoul Trainin’s Vocal Remix rocked the European dance floors. 2009 Pornostar Records launched a Remix Contest for the song, more than 150 (!) remixes arrived and the winners hav