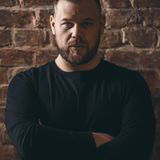 Never miss another
show from Belocca

An innovative and forward-thinking producer, Bela Gábor, aka Belocca, has garnered widespread acclaim over the course of his illustrious career, which now spreads across two decades. Famed for his dynamic DJ sets, Belocca fuses his dark and industrial tones with an emotional blend of melodic techno, carving a niche signature sound which has seen the Hungarian amass the support of the finest names in the underground scene, including Marco Carola, Joris Voorn, Richie Hawtin, UMEK, Bart Skils, and Paco Osuna.
Hitting the #1 spot in Beatport’s Top 100 early on, the Belocca name was born in 2000 with the producer soon releasing on esteemed labels such as Suara, Kraftek, 100% Pure, Noir Music, Yoshitoshi, 1605 and Toolroom Records.
Heading up his own imprint, Mainground Music, in 2012, the Hungarian’s ​‘Chupakamra’ shot all the way up to #11 in the Beatport tech-house chart, with ‘Back To The Old School’ proving a firm fixture in the chart for 4 consecutive months. But it was 2017’s ‘After 1