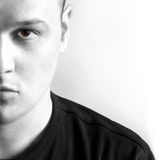 Never miss another
show from CzD

CZD was born in Hungary in 1982. He met the music at a very young age as he has musicians in the family. He went to a musical school for eight years and music became his best friend. Being a 14 year old teenager he visited music clubs, discos and made the decision: One day he will be a DJ. His dream came true in the beginning of the year 2008 when he started to work more seriosly with music, made some good mixes mostly in progressive house and minimal genre. In the summer of the same year CZD and two of his frieds made their first band, The Soundpilots. The Soundpilots started to be fairly popular they organised good performances and you can still listen to them weekly on a Hungarian radio station. CZD is willing to do more, he wants bigger and bigger audience. He won an excellent oppurtunity from Frisky Radio, where you can list his music ad he hopes more and more people will enjoy his mixes. He started his monthly radioshow (Travelsounds) with Del Sol from August of 2009 on friskyRad