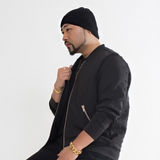 In 1999, started DJ activities mainly in the local Yokohama and Shibuya areas. He went to the United States in 2006 as he continued to improve his skills. For about four years before returning to Japan in 2010, DJ activities have overlapped with authentic NY. Currently, he has over 300 GIG a year, both domestic and overseas, with regular parties in Sapporo, Niigata and Nagoya based in Shibuya and Roppongi. In recent years, taking advantage of the experience accumulated so far, Ken The 390, Ymagik, NOBU, has been actively involved in music production, released the first single name. In 2019, he appeared on Hip Hop radio WREP Radio and AbemaTV’s AbemaMIX. He also appeared at the Black Music huge event “Soul Camp 2019”.