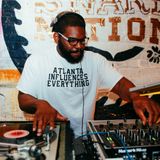 Never miss another
show from djbently

A master of sound and excavator of rhythm in any beat, DJ Bently is a veteran professional in the music service industry. Born Bobby Clark Jr, this native Floridian has provided musical refuge since the mere age of 13. While honing his craft in local venues in and around Panama City, he was granted the professional alias, Bently. After relocating to Tallahassee to pursue an education at Florida A&M University, Bently continued to develop his talent working as the house DJ for the local WANM 90.5 radio station reaching the ears of a quarter of a million listeners regularly. As his network expanded, he was introduced to Grammy Award winning producer and songwriter Rico Love who later sought interest and included Bently’s talent on his national promo tour. The transition from local disc jockey to national DJ was taken with ease as Bently extended his brand via celebrity mixers, large venues and professional sporting events.
Bently is a graduate of Full Sail Universit