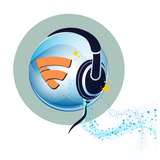 Never miss another
show from Four on Four

Based in San Diego, California, Italian DJ Alexander (Claudio Alessandro Pellegrini) was first introduced to the club scene during the late 1990's techno and rave parties where he followed the sounds of prominent and now internationally famous dj Markus Schulz who back then held his primary residency at club The Works in Scottsdale, Arizona.

DJ Alexander has been involved in the DJ scene for over 20 years and takes his international music experiences from Italy, France, Greece, and many other places across the world to mix a sound that is unique to the club industry. His evolving style of music looks to today's genres to create absolutely seamless harmonic house and EDM mixes that carry an intense and very danceable energy and flow.

Most recently in 2015, DJ Alexander began recording his weekly show called "Four on Four" and is now reaching more music seekers across the globe than ever before.