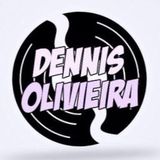 It all began 1986. In that year I was living on Curacao. In that year was also the beginning of a new music period on the island. Hip-hop and house Music began to be popular on that moment and a lot of Deejays was into mixing. On the radio we had music programs such as Hot Mix Live who inspire my to go into mixing as well. Than a friend and I decided to buy a mixer and started to mix music with two tape decks with a pitchcontol. A few year later we started to buy records and with a few old turntables we started to play records. A few days later I learn to now DJ TedKoetsier(RIP), Black Jack, Darwin Gregg and DJ Eric the Kidd. They where some of the popular DJ's at that moment on the island.
And than I played on a few Big Party's on the hottest places on the island at that time. In December 1990 I decided to immigrate to The Netherlands. Three months later I started to play in the Toevlught a little Youthclubin Maassluis. I played there for about 1, 5 year. Than I started to play in