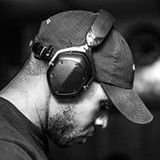 Never miss another
show from DAVALZ

DAVALZ is an upcoming DJ from New Jersey. His passion for curating music began in the mid 2000's where he would make mixtapes for his friends and family. Driven by his curated mixtapes, he began to pursue DJing in a serious light during the summer of 2018. DAVALZ is credited as one of the co-founders of the DJ crew "UNCROWND SOUNDS", who are touted as "The Young Gunnaz" by veterans of the DJ industry. DAVALZ holds residences in Brooklyn, New York, as well as many parts of New Jersey; including New Brunswick and Jersey City. Raised in a household of music he showcases his style by selecting new and fresh sounds while blending them with familiar and not so familiar classics. There’s always a surprise waiting for you in every one of his sets. Hip Hop, House, R&B, Caribbean, Latin, Funk, Soul, and more - everything is fair game. His motto - "Enjoy what you love and you'll never have to work a day in your life."