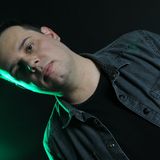 Coming from the one country that seems to have invented partying, Brazilian DJ/Producer Danilo Ercole was brought up with the right basis to work towards a successful musical career. With the Brazilian vibe running through his veins and plenty of talent to translate it into music, he expressed himself through some strong remixes and productions.
Making his way to the top over the years releasing quality music on big labels and being one of Markus Schulz coldharbour recordings favorite producers, 2015 was a big jump on Danilo's carreer when released his first mixed compilation called Trance in Brazil featuring only the talent of brasilian trance/progressive producers by the Black Hole Recordings imprint also have a tune featured on the legendary Ministry of Sound Trance Nation compilation among others and releases reaching the top 10 on music portals, on the DJ side he have a pleasure to play on the first edition of the Tomorrowland Brasil festival on the Full O