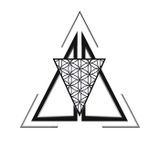 Never miss another
show from classconcept

Class Concept Agency was founded by a prestigious international D.J in 2006 after more than three decades and a half of experience in the public/private entertainment events sector. During that time, He has held such positions as manager, director and owner of many different events, radio stations and clubs in Europe & China. Class Concept Agency work with various venues, events and resorts around the world, and has been seen in Clubbing media news press system advertising & nightlife websites worldwide.