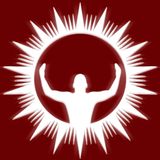 Sun Son (AKA Coco Ariaz) has been a music lover from a very young age, listening to a vast collection of different music styles & genres.

He seriously gets into the music in the days of the old school Breakdance era, where he was one of the dancers at the “Ice Cold Breakers” group, and later turning his Breakdance Skills into a DJ skills, followed with his big love for the music such as the early electro breaks and Hip Hop sounds.

After this time, he starts playing music professionally at various nightclubs in the Canary Islands (Spain), when the early Chicago House dance music sounds arrive and soon after the Acid Housedance music sounds era was just starting to hit the global underground dance scene.

In the early 1990s, he was already playing the new Break beat hardcore sound at the biggest rave events and nightclub parties in his own hometown, Tenerife (Spain), playing alongside with some of the biggest DJ’s and producers from that time >>> more at http://www.cocoariaz.com