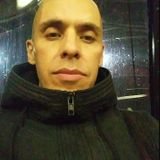 Never miss another
show from catseye

If you are a woke, feminist and far left lunatic activist, I will block you. I don't care about politics. I don't hangout with lunatics who live with drama and anger.

The root of all major conflicts in the world is political and religious dogma.

I don't live my life based on other people's opinions or belief systems.