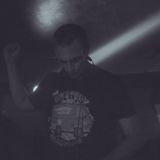 "Vedran Čabrić a.k.a Cabritto Vechiarelli a.k.a Halabuka is a young and ambitious DJ from Travnik, Bosnia & Herzegovina.

Although he is relatively fresh "blood" on our scene, from an early age he gained interest and dedication to music by playing piano and drums, and he acquired his first knowledge in the music school he finished in his hometown.

Inspired by fast tempo and rhythmic pulsations, techno frequency, and the fusion of positive vibes with that somewhat darker and devilish energy, which has admixtures of various futuristic elements, literally makes you dance!

By his own admission, he is also a big fan of progressive house sound, which he will often prefer behind the counter in the morning "after" hours."