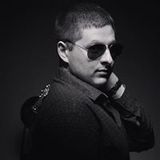 Early in his career DJ ANDY FARRET (Andrei Makarenko) began in 2008. Passion for DJing turned into a more serious and professional activity. Led by Dj Dante learned the subtleties and secrets of DJ skills. Even then, it mixes different from other excellent information technology and selection of tracks that evoke positive, good mood throughout the set.
DJ ANDY FARRET became more recognizable to the dance floors of the best clubs in the Black Sea region and beyond. His work is sound on the best dancing radio stations such KISS FM (Ukraine), Europa Plus (Russia) and others, is a resident of Royal Team Records. His musical works are supported, as in Ukrainian, and foreign DJs, working with styles House, Electro House, Club House.
Many connoisseurs of club music noted the work DJ ANDY FARRETA and are increasingly making a request on his work.