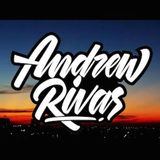 The Archive Vol 1 with DJ Chewy and Rivas - Jazz, Hip Hop, Motown and Soul
by TheArchiveRadioShowReposted

Andrew Rivas is a Santa Cruz native and second generation DJ. His roots are based in Soul, Hip Hop, and R&B, but he covers and loves all styles. From weddings to professional sports arenas, he specializes in providing a unique and fun atmosphere at every event. He has worked with Sound In Motion Entertainment for the past 8 years.

He currently DJ's with the San Francisco 49ers and Santa Cruz Warriors. During the Inaugural 2014/15 San Francisco 49ers Season at Levi's Stadium, you could find him entertaining fans on the Pepsi Stage. He also DJ's their youth outreach programs, including the NFL's Play60 Campaign. Andrew is the music director and In-Game DJ for the Golden State Warriors Development team in Santa Cruz.

Andrew has worked professionally as a DJ and MC at more than 200+ weddings over the last 6 years. With an emphasis on mixing and music knowledge, he can seamlessly transition through different styles, genres, and decades to include a wide variety of musical tastes.