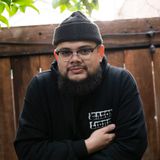 DJ Baysik, born and raised in San Francisco, California. Over 14 years of experience and growing up with a major interest and passion for music, he has crafted his own sound ranging from Latin to Old School Party Classics to Future Classics. Baysik has booked gigs all over the country in cities like Hollywood, Los Angeles, Baltimore, Portland, Santa Cruz and many more.

His edit packs have earned him a space on most dj's laptop. Played all around the world by top deejays including Diplo, Dillon Francis and DJ Snake to name a few.

You can find Baysik deejaying at a handful of residencies in San Francisco or on the road with the Sazon Libre Team. Baysik is committed to developing his craft, with every set being different then the one before taking fans of music on a journey.