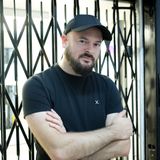 On air for over 20 years, he’s been a champion of electronic music since his first time on the radio as a teenager in 1998. 10 years later he was the youngest ever winner of the Sony Radio Academy Gold award for Best Music Broadcaster, and since then he’s gone on to win multiple industry awards and interview everyone from Daft Punk to the Pet Shop Boys and the Prodigy.

As a producer Andi has released over 130 tracks and held DJ residencies at clubs and festivals across the globe.

He is the co-founder This Is Distorted - a multi award winning audio content agency, and the creater of The Dance Music Archive https://www.dancemusicarchive.com/