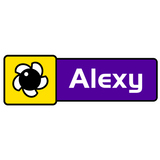 Kickin it with Candy

Support Alex Pepper by subscribing directly to this channel and get access to exclusive rewards.

"Alex Pepper is one of Yorkshire's most well known DJs, famous for presenting the radio show formerly known as ‘Floorfillers’, one of the most enjoyed and uplifting shows to date in the UK. As the show built, it had it's own night at Eden in Ibiza which was very successful, doing the practically unheard of for a new night by being busier on it's opening night than Judge Jules' Judgement Sunday the night before!

Alex was also a major radio player in Yorkshire, presenting the Award Winning Alex Pepper Evening Show on Yorkshire’s Galaxy 105 between 1997 and 2003. This show is now considered legendary by many, & at its most successful, saw Alex in full control of the music schedule, doing live mixes on the air "In The Mix @ 9," & even making a fully interactive bootleg, live in the studio, with the elements chosen by the audience!

Here are my mixes..