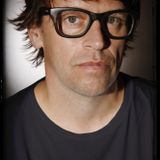 Never miss another
show from Chicane

Chicane is songwriter and producer Nick Bracegirdle from a small village in Buckinghamshire. His songwriting and production talents have been the reason why legendary artists like Bryan Adams, Sir Tom Jones, Cher, Owl City, have had their name coupled with his.

Chicane is a live band. Performing all over the globe, they bring what is a spectacular live show to the stage; anyone who has seen them will testify to the fun of hearing new and old material in a live format.

Winter 2013 sees the début of the Sun:Sets Radio Show - a series of tracks that lead straight from the beach to the dancefloor. Chill to kill.

Now in 2014, look out for the new studio album and, more live shows, the first Chicane Sun:Sets compilation!