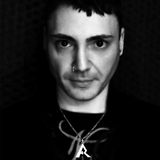 Music composer - Musician - Remixer - Arranger - Live performer - A&R - Producer.
Grown under the sonorous influence of “The Dark Side of The Moon” and “Ummagumma” of Pink Floyd. At 9 years old he starts to play his father’s guitar, a "12-String Eko Ranger”. Then he carries on and learns to play 5 instruments.
Since 1993 he has published many releases on various labels, some successful such as "The Voyager" (2003), Summer 4 (Earth Wind and Fire remix 2004).
The various pseudonyms used include: The Sound Alchemyst, Alexander Kremertz, Tritemyo, Osmyo, Undo/Redo, Groove Sky and many more.
His name appeared alongside celebrities such as:
- Amanda Lear, Boy George & Kinky Roland, Tina Charles, Christian Hornbostel, Stanny Abram, Santos, and many more.
Thanks to a 360-degree music culture and his twenty-year experience, in 2013 he founded Kaleydo Records, and the sub-labels Kaleydo Beats and Be Groove Records, published works from very talented producers around the world.