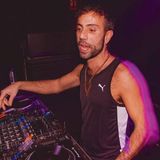 Alejandro Asencio has been a regular fixture in London’s party network since the early 2000s. After completing a Music Culture degree, he landed a job at Azuli Records and has since selected for many well established London parties and clubs, as well as running his own radio show (Luna 42) and club brands (Lady Ole).

He is a member of the Lucky Cloud Sound System, the collective behind London’s legendary The Loft party, and runs Lady Olé (FKA Pelucas y Tacones) an award-winning, international night based in London since 2005 and serving Spanish-speaking queer communities abroad.

He currently lives in Barcelona where he works as a promoter / booker / dj at Apolo, runs the audiophile listening sessions 'Classic Album Sundays Barcelona', and has co-founded the audiophile party and sound system 'Cloud 9'.