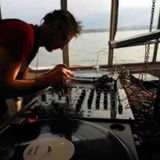 Never miss another
show from StevenMcCreery

Hailing from Glasgow, Steven is widely regarded as one of the most technically gifted dj's Scotland has produced.His 10 year residency at the infamous Tunnel club in Glasgow seen him dj alongside the likes of Danny Tenaglia, Satoshie Tomiie, Deep Dish, Dave Morales and Roger Sanchez to name but just a few. Guest spots throughout the world seen him feature with Sasha at Colours, John Digweed at Renaissance and Paul Oakenfold at Pacha. Mix compilation releases such as "The Tunnel Mixes" with Paul Oakenfold and "Limbo Live @ The Tunnel" as well as various guest mix's including John Digweed's Transitions show, have all enhanced Steven's reputation. Producing and recording under many guises, such as Tipple and Dos Deviants. He has also undertaken successful co-productions with David Forbes, Hardy Heller and Chris Boshell. In his recording career Steven has produced and mixed for some of house music's biggest record labels with his music featuring on classic Renaissance and DJ mixes.