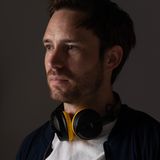 With a big focus groove, Steve Robinson’s flavour of music is influenced by techno and house, incorporating the richness of soul and Jazz. Steve was inspired to pave his way in the industry from a young age. Born and bred in the UK, Steve grew up on the Wirral where he began DJing from the age of 12, through a love of house and techno. Years later Steve immersed himself in the Liverpool clubbing scene, regularly attending Liverpool’s Chibuku and Yousef’s Circus. These clubs and the DJ’s playing were a big influence, becoming the catalyst for shaping his artistic direction and his path into the industry. Determined to develop his music and repertoire, Steve moved to London where he became a resident DJ at Slide and Up on the Roof, getting the opportunity to play alongside some of the biggest names in the industry. Since then Steve has gone on to win the Beatport Producer challenge for his track 'Anywhere' in the Deep House category, pitted against producers across 87 countries