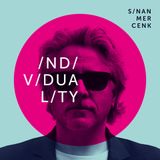 Sinan Mercenk is by far more than your regular studio musician. He is a producer, songwriter, a radio programmer and a skilled DJ as well. If Sinan is djing, he delivers a set full of variety and is always looking beyond his own nose.

The beginning
It all started back in 1994 when Sinan Mercenk released his first single on legendary Container Records, hailing from Hamburgs famous redlight district Reeperbahn! These were the heydays of House music and Sinan started to dj across Hamburg and later on across Germany. Our smart guy belongs to the very first generation of House music, you might say. And because of his fresh style plus his outstanding selection Sinan swiftly became a well-booked Club-DJ worldwide. Helpful for his dj-career was definitely that Sinan is a diligent worker and so he released several singles on credible labels starting in the mid 90ties.His discography is large.