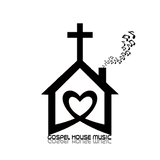 Never miss another
show from PatRebell

PatRebell was born in 1977 in Frauenfeld, Switzerland. Inspired by the sound of the 80's his favorite kind of music was Rap by the end of that decade. At he beginning of the 90's he listened to some House Beats for the first time.His enthusiasm and fascination for Techno Sound expressed very clearly from the start. From that time on he merged into that scene, always hunting for new, innovative music. But finally it was Vocal/US/Soulful House that gave him his identification and his real home in music. Dance Music became his passion. Through his believe and love in God and Jesus the years which followed led him to his actual specialism and dedication: Gospel House Music. Apart from his mixes labeled "PatRebell in the Service of the Lord" he may be heard in several Radio Shows. Both, his mixing technique as well as his deliberate "blessed track selection" are a proof of his dedication and passion. PatRebell - the 1st Gospel House DJ from Switzerland.