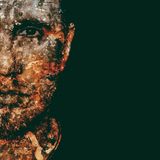 Never miss another
show from PALERIDER

PALERIDER is the solo project of Chris Gilcher. He is one part of Levitation and Jelly & Fish who earned some measure of fame through their releases on the early, genre-shaping Café del Mar compilations.

“Out Of Time“ originally released on Café del Mar Volumen 4 gains worldwide recognition through the promotional campaign D2 turns into Vodafone in 2002. “More Than Ever People“ feat. Cathy Battistessa, released with Café Del Mar Volumen 5, is the big breakthrough for Chris Gilcher aka PALERIDER and his fellow producers. DJ and compiler José Padilla plays the tune every evening at sundown, until he resigns from the Café del Mar.

Releasing music next to acts like William Orbit, Underworld, Leftfield or Moby on the early Café del Mar compilations definitely left marks on PALERIDER’s development as an artist. While his heritage is still obvious, his driving force is to leave beaten tracks and have a sympathetic ear for contemporary styles and trends.