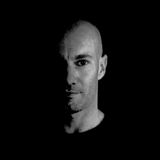 Born in 1981 in Nîmes, South of France
He starts to be interested in music very young, when vynils and diamonds were the masters of all clubs!
He did his own style with influence of tribal beats.
20 years later, Julien travels the world for the love of music: Sicily, Italy, Ibiza, Spain, Netherlands, Turkey, Carribean, France, Alps and French Riviera...
Since 2014, he plays every summer on the magic island in differents bar, radio & beach club.
And, since summer 2016, he joins the Victor Cano's concept crew "Made in Ibiza" at Bora Bora Ibiza every sundays, a team that brings together several great dj's from the island.
His technical performances and the quality of all his extended sets are incontestable!
Julien is not ready to stop, every years, he's present on the most fashionable places of the world and don't stop the meetings with the biggest DJ's and fans from all the planets!