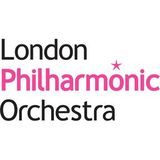 The LPO is one of the major orchestras of the United Kingdom.

The London Philharmonic Orchestra has been performing at Southbank Centre’s Royal Festival Hall since it opened in 1951, becoming Resident Orchestra in 1992.

Catch up on the pre-concert talks you missed, and discover more about the repertoire that the LPO performs in its London season at the Royal Festival Hall.