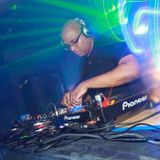 Never miss another
show from KevinBumpers

Raised in Cleveland Ohio, Kevin's music style was heavily influenced by his parents who would play Disco and R&B from the 70's and 80's during their family gatherings. He knew he wanted to become a DJ ever since he went to his first underground event and watched as the DJ worked the crowd into a frenzy with House Music and since then working the decks has become his true passion. His sound continues to evolve with various house styles from vocal & soulful, jackin & funky, bumpy UKG 4x4, to deep & discofied. In 2012 he founded and currently resides over the monthly GrooveHaus Cleveland and his weekly show GrooveHaus Sessions on D3EP Radio Network. His energy and style are infectious and his unique style was formed while playing House, Drum & Bass, Hip Hop, and Techno in legendary Cleveland clubs like Smart Bar Cleveland, Metropolis, Wish, and Spy Bar!!! When Kevin is doing his thing...the floor will be jumpin!! To him underground music is more than just a feeling.....it's a way of life!