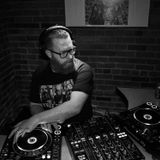 Soul:R Generations From The Rubber City
by Mark Roscoe

Mark Roscoe started perfecting his craft after his move to Akron Ohio back in 2006. Quickly making his way into the scene playing out at weekly events and opening up at large scale parties. Since then it has been a rise up for the new comer to the north east Ohio scene. Now traveling all over Ohio, to Detroit, Chicago, and Wisconson playing shows and festivals. In 2010 he started co-heading Soul:R Sound System Productions with StyluSoul putting together the Rotate events, the Generate weekly, and many one off events in Akron. 2012 Mark started working with Josh Gilliland, and Justin Bailey on a new production company which would later see the addition of Ricky Spainish and Logan Boggs. The 5 run Rubber City Promotions and bring North East Ohio the House n Techno monthly event Contrive. When Mark Roscoe hits the decks he will always be laying down the hottest new tracks from the freshest names in house and techno today