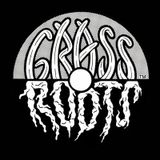 Kelvin K was born in England and grew up in the San Francisco Bay Area. He now lives in Los Angeles.

In the early 90’s Kelvin was involved in the House explosion that hit the West Coast of the United States. During this time, he had the opportunity to cultivate his skills warming up for some of San Francisco biggest DJ’s.