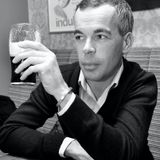 Never miss another
show from JeremyCoonan

The House Collection Show presents Masters At Work
by Mich-LReposted

Well after being introduced to dance music while still at school back in the mid 80's I became aware of the warehouse scene when 1000's of party goers arrived in my sleepy village in May 1988..I guess you can say that was the start of my journey. In the early 1990's I met a couple of new age travellers who former GRUNT Sound System and with the help of a few DJ's from Planet FM we kicked off our very first outdoor party at Goodwood - this was my first true dj set!

I recall one of the guy's from Planet FM remarking on the speed and suggested Hospital Records..need I say anymore. This was the start of underground GABBA!